Every Linux user needs to know to use a few command line tools. Most linux's have quite a few internal commands installed by default, but sometimes there are some tools that you probably need to install that can be very useful. These are a few that we at Clustered Networks use on a regular basis that we fine helpful in Linux desktop and Server Administration.

At its simplest Terminator is a terminal emulator like xterm, gnome-terminal, konsole, etc. Terminator is a an alternative terminal for Linux that comes with a little additional features and functionality that you wont find in the your default linux terminal application. Some of terminator's features are....

Neofetch is a command-line system information tool written in bash 3.2+. Neofetch displays information about your operating system, software and hardware in an aesthetic and visually pleasing way.

The overall purpose of Neofetch is to be used in screen-shots of your system. Neofetch shows the information other people want to see. There are other tools available for proper system statistic/diagnostics.

Another cool feature about neofetch, is that it is highly customizable via the use of command-line flags. There are over fifty configuration options available to you.

htop, a cross-platform interactive process viewer much like to old "top" command. It is a text-mode application (for console or X terminals) and requires ncurses.

Glances is a cross-platform monitoring tool which aims to present a maximum of information in a minimum of space through a curses or Web based interface. It can adapt dynamically the displayed information depending on the terminal size.

It can also work in client/server mode. Remote monitoring could be done via terminal, Web interface or API (XMLRPC and RESTful).

glances allow users to set thresholds (careful, warning, and critical) contained in a configuration file and displayed in colors.

Installation of glances is simple on Ubuntu or Debian:

chkrootkit - locally checks for signs of a rootkit. A rootkit is a clandestine computer program designed to provide continued privileged access to a computer while actively hiding its presence. ... Today rootkits are generally associated with malware – such as Trojans, worms, viruses – that conceal their existence and actions from users and other system processes. In other words it checks to see if your system has been compromised.

It is best to run this script daily by editing the configuration file and setting up a cronjob.

Ncdu (NCurses Disk Usage) is a disk usage analyzer with an ncurses interface. It is designed to find space hogs on a remote server where you don't have an entire graphical setup available, but it is a useful tool even on regular desktop systems. Ncdu aims to be fast, simple and easy to use.

An example usage of ncdu would be to view your webroot directory:

vnStat is a console-based network traffic monitor for Linux and BSD that keeps a log of network traffic for the selected interface(s). It uses the network interface statistics provided by the kernel as information source. This means that vnStat won't actually be sniffing any traffic and also ensures light use of system resources regardless of network traffic rate.

An example usage vnstat would be to view daily use of traffic on your server:

This is not really a command-line utility, as it is a convenient way for developers and system administrators to quickly and conveniently check the weather or to add it to one of your scripts.

To get your weather, use the curl command (command line tool and library for transferring data with URLs) , specify wttr.in, and then your location as in the example below.

You can also us Fahrenheit / Celsius Switches

Located in Edmonton, AB Canada, Clustered Networks was Incorporated in 2001 and has offered Network / Internet and IT Consulting services for over 20 years. We offer personalized service! Call Us Today! - Click Here for our Contact Info


Support our Site!
Buy us a Coffee! 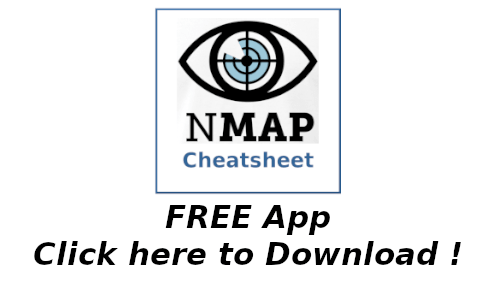